The Farnborough Society and The Southern Co-operative Funeralcare joined forces to host a family Heritage Opening day raising £1,000 towards the restoration of the Victoria Road Chapel in Farnborough. 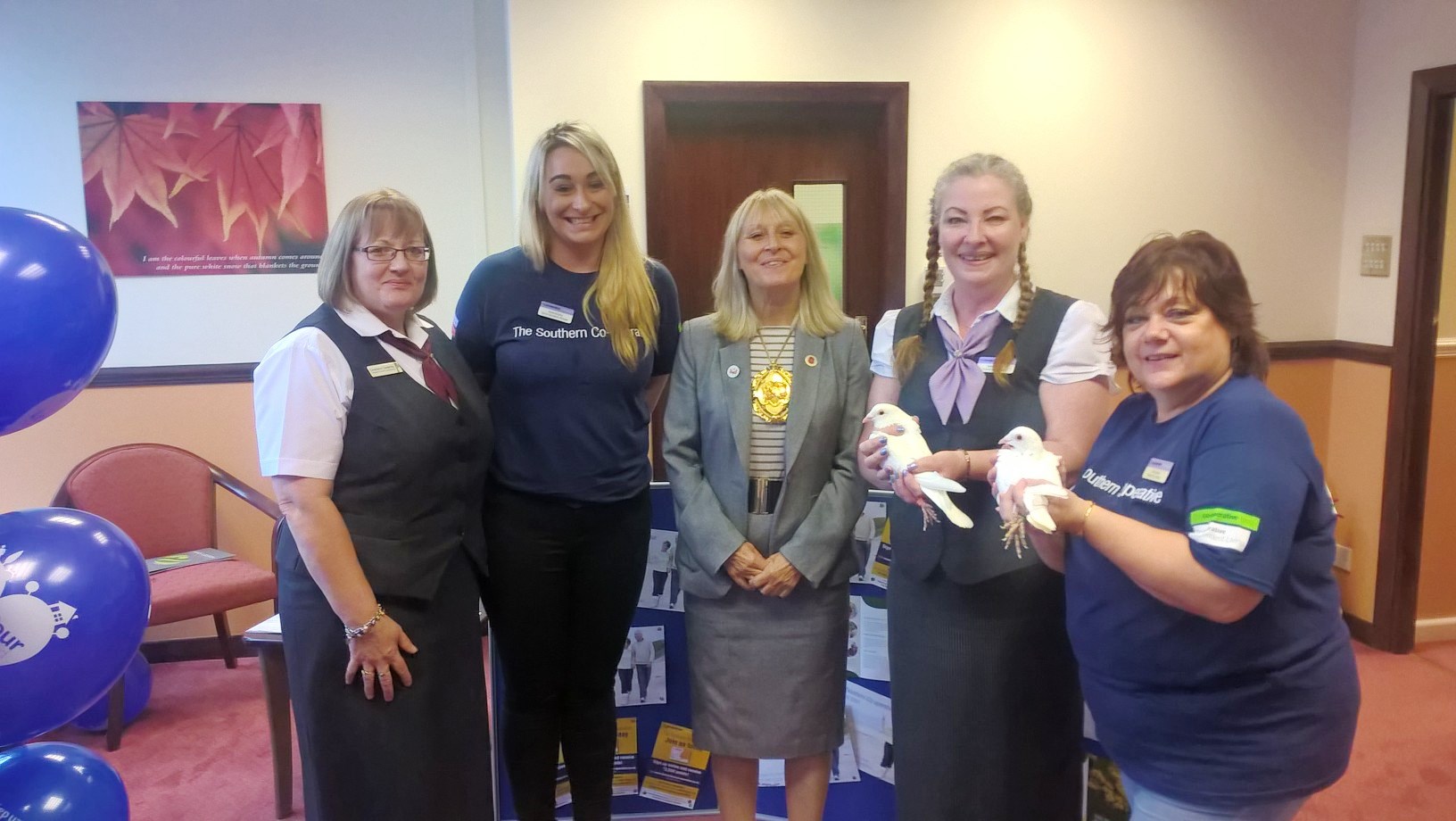 The open day, held at the Victoria Road Cemetary and outside The Southern Co-operative funeral home on Victoria Road, featured plenty of activities including dove releases, a tombola, raffle, guess the balloons in the limo competition, guided tours of the funeral home and cemetery, arts and crafts and much more!

“Despite the heavy rain, the day was a huge success with loads of people from across the community enjoying the activities. Our overall aim for the day was to raise awareness and enough funds to help rebuild the traditional Victoria Road Chapel with the installation of a columbarium for families to store and visit their loved ones’ ashes.”

The Farnborough Society is hoping to raise a total of £5,000 towards the renovation of the Chapel on Victoria Road which will see the building restored and converted into a columbarium.

The Victoria Road Chapel is the only example of Victorian cemetery architecture in Farnborough which still has the original structure without any additions. It was originally designed by a local architect and constructed by a local builder in 1859. The chapel is also surrounded by graves of many prominent residents who helped to build the town as well as the victims of the Battle of Waterloo and the Crimean War.

In total, £1,000 was raised towards the cause, with The Southern Co-operative Funeralcare’s support contributing towards half of this overall amount.