As part of the opening ceremony, a dedication for the home’s Chapel of Rest was officiated by Father Kevin O’Brien of The Church of St John the Evangelist in Burgess Hill and local celebrant, Joanna Warrington.

Councillor Thomas-Atkin said: “Our local communities rely on many services and in times of bereavement those affected need dedicated, sensitive and professional care. The funeral director has a very important part to play in this.  Co-operative Funeralcare is a well-known and respected firm, and I am sure that the team at Burgess Hill will provide that special care and professional support to the bereaved during those difficult times.  I am delighted to welcome the team to Burgess Hill.”

Jan Citrone, Sector Manager at The Southern Co-operative, said: We appreciate the welcome we have received here in Burgess Hill and want this new funeral home to be very much part of the local community. We’d like to offer our support for local events and good causes.”

£500 was donated to Cancer Research UK by The Southern Co-operative, following an open afternoon at the funeral home the following day, giving local people an opportunity to meet the team, understand more about arranging a funeral or find out about funeral bonds. Proceeds from the open afternoon’s hamper raffle and a competition to guess how many balloons filled the home’s limousine were donated to St Peter’s and St James’ Hospice, with the winner of the competition, Rosemarie Greenwood from Burgess Hill, choosing Cancer Research UK as recipient of the £500 donation. 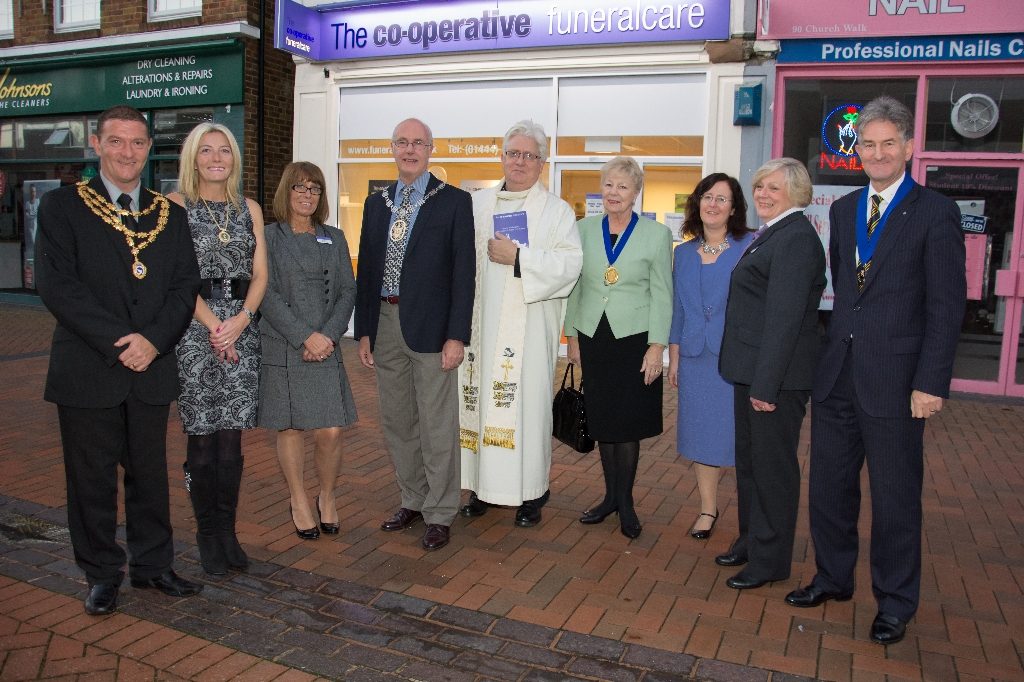