After raising nearly £1,000 for charity in 2018, a quiz is returning to Bognor Regis to continue to tackle the town’s poverty.

Being organised by The Co-operative Funeralcare branches in Rose Green, Bognor Regis and Felpham, colleagues are holding the quiz to raise money for The Bognor Regis Lions Club – Wenceslas Appeal.

The appeal is aimed at helping people get out of fuel poverty during the winter.

Lindsey Booker, Funeral Co-ordinator, said: “The night is more than just a few answers on a blank sheet of paper. It includes a fish and chips supper as well as the chance to win some amazing prizes in a raffle.

“Last year’s was so much fun. We couldn’t have hoped for better. We raised so much essential funding for the appeal and the feedback we had was really positive.

“It is such an incredibly important issue that we want to help to fight. Being able to turn your heating on when you get cold should not be a luxury.”

The funeral homes are part of the regional, independent co-operative – Southern Co-op which encourages its colleagues to hold fundraisers, make donations and volunteer as part of its community engagement programme. 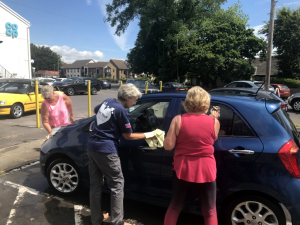 Earlier this year, the local funeralcare colleagues teamed together to wash cars for The Bognor Regis Lions Club – Wenceslas Appeal and raised £178 in total.

The charity quiz and supper is being held on Saturday 12 October at 7pm in the Rowland Rank Centre, at 205 Aldwick Road, Bognor Regis, PO21 3QG.

Tickets are £10 per person including food with four to six people per team. Individuals are welcome.

Places can be booked at any of the three Southern Co-op funeral branches in Rose Green, Bognor Regis and Felpham. Click here to find your nearest branch details.

To find out more about Southern Co-op’s commitment to making a difference, visit www.thesouthernco-operative.co.uk/makingadifference/.