DIY skills were put into practice as 10 colleagues from The Southern Co-operative’s funeralcare homes and food stores across the Isle of Wight volunteered to paint rooms at Ryde’s Phoenix Centre.

Responding to an appeal for help by Margaret Bryan, one of the charity’s Trustees, Sector Manager Sandy Taskas from the Island’s Co-operative Funeralcare organised a volunteer team to come along on a Saturday and paint; “Margaret is also a member of The Southern Co-operative and aware that colleagues working for the Society are actively encouraged to volunteer and get involved in community projects. So when she approached me for some hands-on help, we were only too happy to help.” Sandy added: “Colleagues from our funeral homes and stores in East Cowes, Cowes, Ryde, Lake and Bembridge rallied round, as well as a retail area manager and even my daughter too. This made it a great opportunity to get to know each other better as well as help out!”

Sam Whittingham Chief Executive for the Phoenix Project, which helps and support adults with learning disabilities, said; “The team from The Southern Co-operative did a really good job and we really appreciate their help. They painted our main dining room and as an added bonus one of our quiet rooms too, which we hadn’t expected.” Sam added: “We’re always keen on volunteer help!”

Sandy added: “Being fed bacon and sausage rolls as well as plenty of cakes kept us going, and whilst some of us appeared to be wearing more paint than actually on the walls by the time we finished, it was a satisfying day’s work as well as lots of fun!”

The Southern Co-operative, which is an independent business with over 200 food stores and funeral homes across southern England, is owned by its members, who are encouraged to get involved in how the business is run. 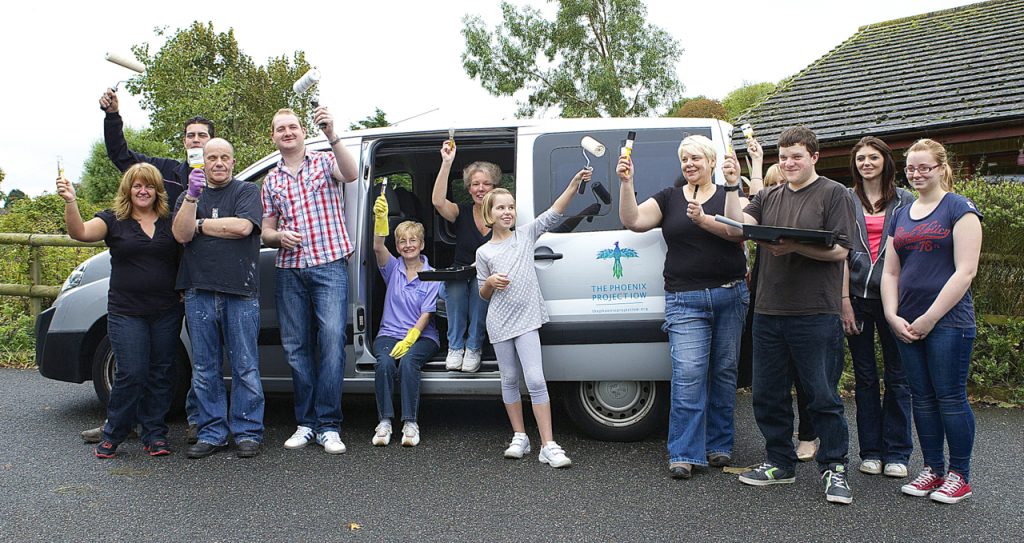