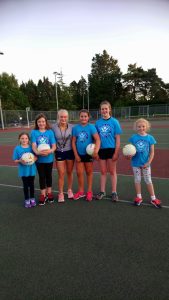 A local netball club, which welcomes players from seven to seventy, has been given a special boost from a local co-operative.

Wessex Blades Netball Club has been given a £250 donation to help with running costs and new equipment by The Co-operative Funeralcare, in Warminster.

The club welcomes players of all abilities to play for fun, socially or competitively.

Michelle Meadows, Funeral Co-ordinator at Warminster branch in George Street, said: “It’s a great local club and it’s really inclusive. It’s all about women being together in sport.

“It has helped all the little ones tremendously and helped with their confidence as they see the older girls playing. The difference I have seen in my own child is amazing. She loves it as do the other girls.”

The branch is part of Southern Co-op – the local, independent co-operative which supports local communities through its community engagement programme. 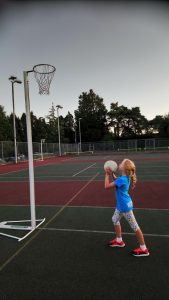 The Wessex Blades netball club offers training for juniors from school year three up to seniors including back to netball sessions.

Training is on a Wednesday Night at Kingdown School in Warminster.

A spokesperson at Wessex Blades said: “With a thriving Juniors section, a fabulous Back to Netball group and a three Senior teams, there really is a place for everyone at Wessex Blades Netball Club.

“We welcome players of all abilities to play for fun, socially, or competitively. One thing guaranteed is a warm and friendly environment, smiles and laughs in abundance and a true sense of support and team work.”

Click here to find out more about Southern Co-op’s commitment to making a difference.