Residents from across Warminster are being encouraged to nominate the stand out members of the community to be crowned ‘Warminster’s Best Neighbour’. 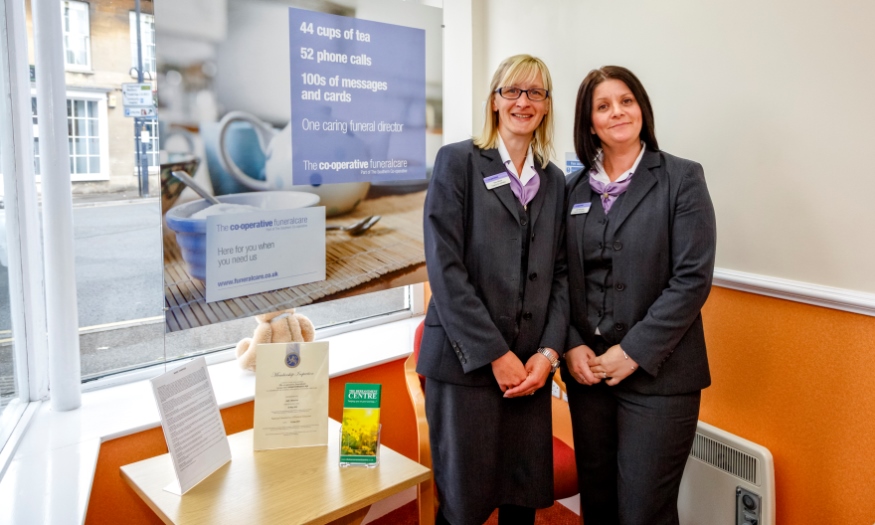 Tess Gibson and Mel Willoughby, Funeral Co-ordinators for The Southern Co-operative Funeralcare on George Street in Warminster have launched the Award to celebrate and give recognition to those who help make a difference within the Warminster community.

“We’re hoping to see a broad variety of nominations – from the individual who helps out their elderly neighbour by picking up their weekly food shop or assisting with their day-to-day tasks, right through to those who volunteer their time to work with local charities and community groups. Anyone who makes a difference to one, or multiple, people’s lives in Warminster is a candidate for the Best Neighbour title in our books!”

The Southern Co-operative Funeralcare in Warminster is a great champion of supporting its community, with its colleagues, Tess and Mel regularly volunteering their time to support local causes.

Warminster’s Best Neighbour will be crowned by a local dignitary during a small celebratory party at the funeral home on Friday 16th September.

Nomination entries are now open for anyone who lives within the Warminster BA12 postcode area. The closing date for entries is Friday 2nd September 2016 where the entries will be whittled down to The Southern Co-operative Funeralcare’s top ten most deserving entrants.

To nominate your Best Neighbour, please:

Fill out the nomination form here

Nominations can also be handed in to The Southern Co-operative Funeralcare on George Street, Warminster, BA12 8QA or e-mailed to warminsterfuneral@southerncoops.co.uk and must include: your name and contact details, the name of your nomination and a short write-up of 100 words or less of why your nomination deserves to be ‘Warminster’s Best Neighbour’.