Funeral Co-ordinators for The Southern Co-operative Funeralcare hosted a coffee and cake sale outside the funeral home in Rose Green raising £183 for Macmillan Cancer Support. 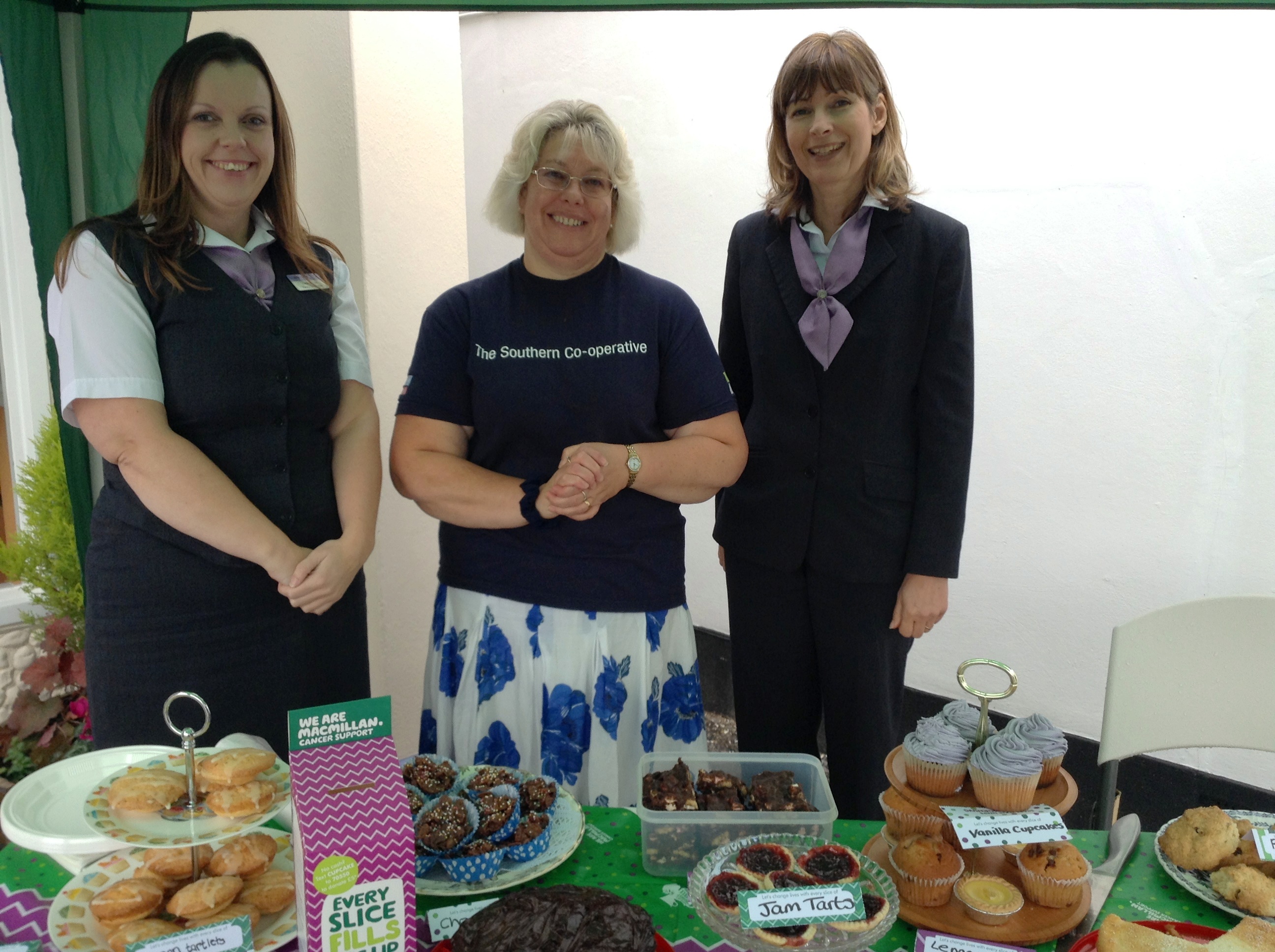 The Southern Co-operative Funeralcare Co-ordinators (L-R) Shirley Heaton, Lindsey Booker and Julie Sells with a selection of home-made cakes as part of their Macmillan Coffee and Cake sale.

“After spending a lot of time between us baking some delicious cakes, we had a table laden with tempting treats and it didn’t take long for people to start visiting us. People from all across the community heard about our scrumptious cakes and visited us for their lunch or tea breaks – one couple had heard our event mentioned on the local radio, so decided to come over all the way from Chichester!”

With a gazebo set up in the funeral home’s car park to keep the rain away, the Funeral Co-ordinators soon sold-out of their delightful cakes and hosted a variety of competitions, including ‘guess the number of sweets in the jar’, ‘guess the weight of the cake’ and held a raffle to win a luxury hamper of goodies.

The Southern Co-operative Funeralcare’s coffee and cake morning was part of The World’s Biggest Coffee Morning, Macmillan’s biggest fundraising event for people facing cancer. Last year Macmillan raised £25 million towards their cause and this year hope to raise more.