Camberley Town Under 11’s Youth Football team has smart new home kit for the start of the season, thanks to sponsorship support from The Southern Co-operative’s Funeralcare branch in Fleet.

The Southern Co-operative responded to a request for sponsorship of the team’s home kit from Co-operative Funeral Co-ordinator at its Fleet branch, Mandy Parsons, whose son Joe is a member of the football team.

The sponsorship support has particular poignancy with Mandy, as she explained; “When I was a child, my Dad Roy was Secretary and Chairman of the club and also managed the adult team, plus my two brothers also played, so I spent many Saturdays at the club. Years on my own son Joe is as passionate about his football as his Granddad was.  It was pure coincidence that the first match wearing their new home kit was the 27th anniversary of my Dad’s passing.” Mandy added: “I’d said to Joe before the match how great it would be if he could score for his Granddad Roy.  It was a very tense match and with only a minute to go, the team was 2-1 down when they were awarded a free kick. Dave, the manager, told Joe to take it and he scored! I was in tears and so was Joe at the end of the game; none of the parents could believe it when I told them why we were so emotional – let’s hope the new home kit brings them lots of good luck from now on!”

Dave Collin u11 Rangers Manager at Camberley Town Youth FC, said: “It means a great deal to myself and our team to have a sponsor that can provide us with much needed equipment and kit. It is also great to have such a major brand like Co-operative Funeralcare showing that they share a common interest in helping with the development and enjoyment that children get from grass roots sports. Thank you from all of us at Camberley town youth FC and CTYFC under 11 Rangers.” 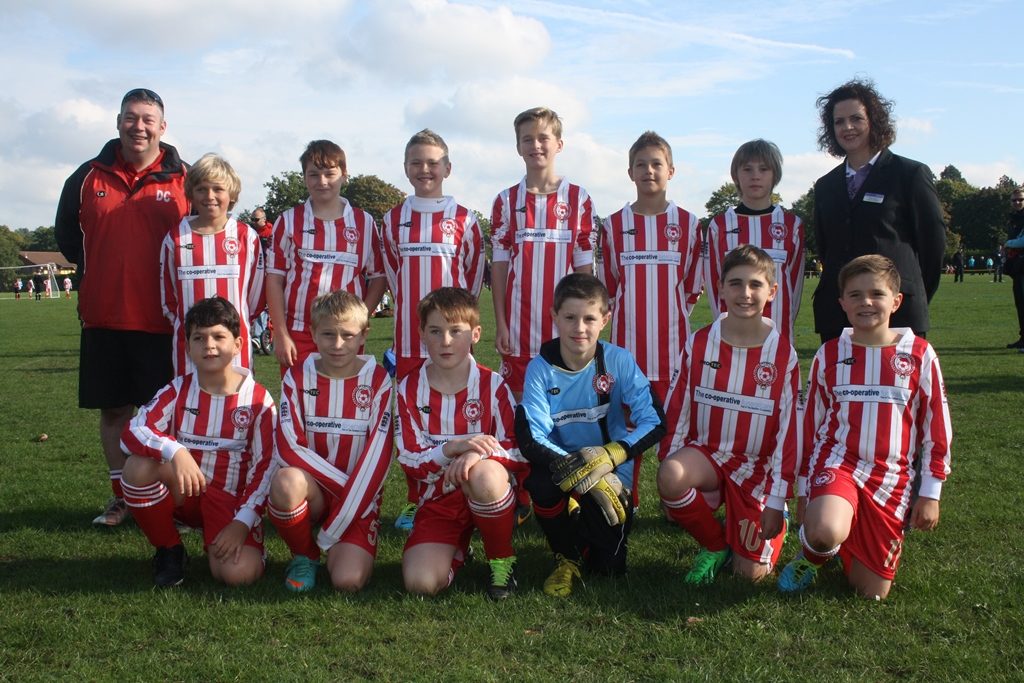